Tobacco use is one of the greatest causes of preventable death and disease in human history. As a global health issue, smoking kills more people worldwide than malaria, maternal mortality, major childhood conditions, and tuberculosis combined, or HIV/AIDS, TB, and malaria combined.1-2 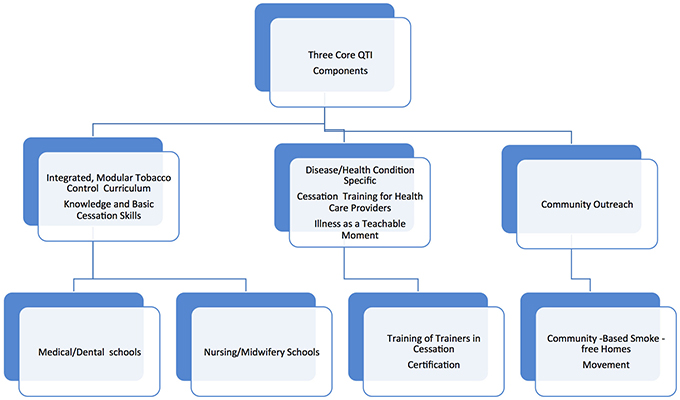 Tobacco kills more than 7 million people each year. More than 6 million of those deaths are the result of direct tobacco use while approximately 890,000 are the result of non-smokers being exposed to second-hand smoke. Around 80 percent of the world's 1.1 billion smokers live in low- and middle-income countries (LMIC).3 Healthcare expenditures due to smoking-attributable diseases totaled US $422 billion in 2012, or 5.7% of global health expenditures. The total economic cost of smoking (from health expenditures and productivity losses together) totaled US$1,436 billion in 2012, equivalent in magnitude to 1.8% of the world's annual gross domestic product. Almost 40 percent of this cost occurred in low income countries.4 Beyond mortality statistics, morbidity caused and exacerbated by tobacco use is the source of immense suffering for both the afflicted and their family members. The direct and opportunity costs of caring for those rendered chronically ill by tobacco use is a huge drain on household resources as well as on national health budgets struggling to deal with the challenges of health transition.

The only way of reducing tobacco-related mortality and morbidity in the short term is through proactive tobacco cessation efforts. The potential to save lives globally through aggressive cessation initiatives has been well documented.5-6 Not only is tobacco cessation important in its own right, but it also contributes to tobacco prevention in countries where tobacco use is normative.7 Cessation initiatives draw attention to the ill effects and addictive nature of tobacco use, as well as to users’ desirability and struggles to quit.

The wealth of research knowledge and lessons learned about tobacco cessation from high income countries cannot simply be transferred to LMICs given vast differences in social norms and cultural values, tobacco products and tobacco use patterns, the logistics of health care and medical training, and public health outreach. Tobacco cessation research that is attentive to these differences, and at the same time, builds on lessons learned elsewhere is clearly needed.

This website is a repository of tobacco cessation training materials developed during Project Quit Tobacco International (QTI) during the years 2007 to 2014. Project QTI was a transnational and transdisciplinary research and training collaboration dedicated to developing clinic and community-based tobacco cessation research capacity in LMIC. The project was funded by the National Institutes of Health, Fogarty International Center (FIC) and involved dedicated researchers from the United States, India, and Indonesia. These researchers developed and tested innovative tobacco cessation training programs in medical colleges, introduced cessation programs in clinic and community settings, promoted a community-based smoke free home movement, and helped establish a tobacco cessation community of practice (COP). Following the project, members of the QTI COP have continued to carry out research, training and outreach programs in their respective countries. In 2014, Turkey joined the QTI COP and took up illness-specific nurse training in tobacco cessation embracing QTI training principles.

The website also contains a filtered, up-to-date repository of key articles enabling researchers to update the content of QTI training modules and other educational materials as needed. Several COP members update these repositories. QTI materials and academic articles that are relevant to the QTI mission are freely available to those who register on the QTI website.

Originally established in 2010, the website was redesigned in 2020 to enable reading on smart phones.

1. Expand knowledge of harms of tobacco beyond cancer and lung disease;
2. Teach clinicians to establish the relevance of cessation advice and the harm of secondhand smoke during illness as teachable moments;
3. Train clinicians in basic cessation and motivational interviewing skills adapted to the cultural contexts of their patients;
4. Provide clinicians and community health workers with evidence-based and pretested illness-specific and general quit smoking materials;
5. Promote smoke-free homes as a means to protect children and other non- smokers from the harms of tobacco, and promote a community–based smoke free homes movement where feasible.