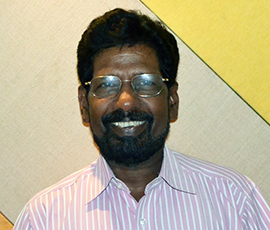 K.R. Thankappan is Professor Emeritus and Previous Head of the Achutha Menon Centre for Health Sciences at Sree Chitra Tirunal Institute of Medical Sciences and Technology. He served as the Principal Investigator for Quit Tobacco International India. Dr. Thankappan is a highly experienced researcher who has helped shape India’s first MPH program and is a member of the inter-institutional working group on Public Health Education in India.


Dr. Thankappan has an impressive record of research publications and external grant support. He has conducted research and written about the Kerala state health infrastructure and has worked with some of the most prestigious NGOs in the state. Dr. Thankappan facilitated the training of approximately 2,000 physicians in his former position as Principal of the Regional Health and Family Welfare Training Center in Kerala. After retiring from the Achutha Menon Centre, Dr. Thankappan has taken up a position as Professor in the Central University of Kerala (Kasaragod) in the Department of Public Health and Community Medicine. 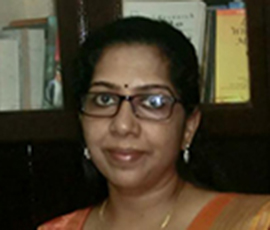 Dr. G. K. Mini was a Research Fellow on Project Quit Tobacco India at the Achutha Menon Centre for Health Science Studies (AMCHSS) in Trivandrum. She is currently an Associate Professor in the Global Institute of Public Health, Ananthapuri Hospitals and Research Institute, Trivandrum, Kerala. Dr. Mini is trained as a demographer and worked for over a decade as a public health researcher in Sree Chitra Tirunal Institute for Medical Sciences and Technology, Trivandrum, which is an institute of national importance under the Government of India. As a member of the QTI team, Dr. Mini contributed to data analysis and preparation of publications. Dr. Mini has widely published in public health in both national and international peer reviewed journals.


Dr. Mini has also served the United Nations Development Program (UNDP) in strengthening state plans for human development. She is a UNFPA research grantee for the Building of a Knowledge Base on Ageing in India and a Public Health Research Initiative (PHRI) grantee in collaboration with the Public Health Foundation of India and the Department of Science and Technology, Government of India. Dr Mini is a member of the Excellence in Non-Communicable Disease Research group (ENCORE), which is a network of early and mid-career researchers from Australia and India which aims to undertake advanced research and training to reduce the burden of non-communicable diseases in low and middle-income countries. 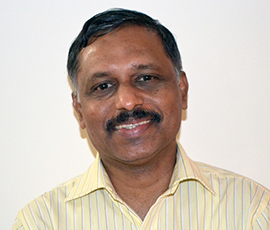 A.S. Pradeep Kumar is currently the State Program Manager on a NCD Project in Sree Chitra Tirunal Institute for Medical Sciences and Technology, Trivandrum (SCTIMST). Dr. Kumar served as Additional Director for Health Services for the State of Kerala for 4 years before joining SCTIMST. He is a physician with extensive experience working in and with Primary Health Centres and working with community health workers in the field. His Ph.D. dissertation focused on introducing tobacco cessation in Primary Health Centre contexts in Kerala. He has worked with Project QTI since its inception and currently serves as an active consultant for our India team, coordinating tobacco control activities in the Kerala state health department. 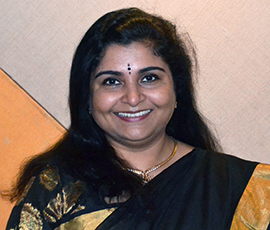 Yamini Thankachy was a Senior Research Fellow on Project Quit Tobacco India at the Acutha Menon Centre for Health Science Studies (AMCHSS) in Trivandrum. She joined the project in 2008 and coordinated the efforts of QTI in the medical colleges in Trivandrum and with partner medical colleges throughout Kerala and Karnataka. Dr. Thankachy worked with the implementation and development of the educational curriculum. Dr. Thankachy is currently the Deputy Director at the Kerala State AIDS Control Society where her work involves the care, support and treatment of people living with HIV and the management of STI. 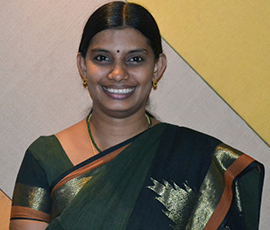 Sreedevi Padmajam was a Senior Research Fellow on Project Quit Tobacco India at the Acutha Menon Centre for Health Science Studies (AMCHSS) in Trivandrum. Starting in 2010, Sreedevi oversaw the development of the smokefree homes initiative in rural areas of Kerala and Karnataka. Prior to joining Project QTI, Sreedevi had extensive experience working in gender-related community development programs as a project manager for various NGOs in Kerala and Tamil Nadu. 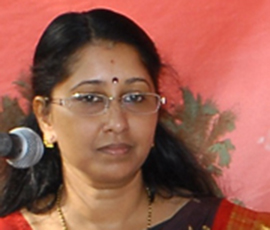 V.C. Bindu has a degree in law and a postgraduate degree in social work. She served as Senior Research Fellow from 2008-2010 with Quit Tobacco India and remained an active member of the QTI team. Her focus in the project was on developing community and occupational site intervention programs to ensure smoke free environments. She also worked with advocacy for tobacco control legislative measures.

Other Researchers involved in QTI India 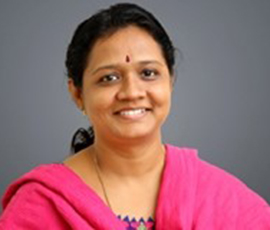 Aswathy Sreedevi is a Professor in the Department of Community Medicine at the Amrita Institute of Medical Sciences in Kochi, Kerala and has been working in public health for the past 20 years. She holds a Bachelor of Medicine and Bachelor of Surgery from Stanley Medical College in Chennai, and an MD from VSS Medical College, Burla and a postgraduate diploma in Adolescent Pediatrics from Kerala University. As part of QTI, Dr. Aswathy coordinated the efforts to introduce tobacco curriculum into her medical college. She also worked to promote smoke free homes and was recognized as an Emerging Leader by the World Heart Federation in 2016.


As a public health practitioner, Dr. Sreedevi has also initiated training programs for health workers in 101 remote villages across India. She was selected as an NIH ASCEND (Asian Collaboration for Excellence in Non-communicable Diseases) fellow from 2011-2015. At present, Dr. Aswathy is collaborating on a multi-centric study in India and Kenya on the facilitators and barriers to tobacco cessation among health care providers in those countries. She is also a visiting scientist in the Department of Global Health and Population at the Harvard School of Public Health and Bernard Lown scholar for cardiovascular health. She is widely published. 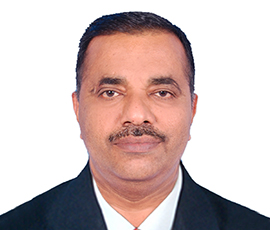 B. Unnikrishnan is presently working as Associate Dean & Professor of Community Medicine at Kasturba Medical College, Mangalore, which is part of the Manipal Academy of Higher Education. Dr Unnikrishnan coordinates QTI activities and curricula implementation at his medical college. He was the former Head of the Department of Community Medicine and served as the Deputy Director of Student Affairs at Manipal Academy of Higher Education, Manipal. Dr. Unnikrishnan currently guides a project funded by the Public Health Research Initiative (PHRI) under the Department of Science & Technology, Government of India and the Public Health Foundation of India (PHFI) entitled “Effectiveness of a School-Based Tobacco Free Intervention on Adolescents’ Knowledge and Exposure to Second Hand Tobacco Smoke - A Multiphase Study”. His research interests include tobacco cessation, evidence-based health care, and health systems research. 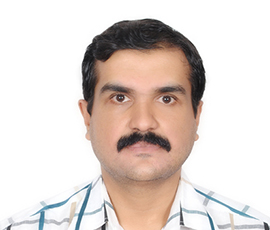 Dr. Prasanna Mithra P is an Associate Professor of Community Medicine, Kasturba Medical College (KMC), Mangalore. His special areas of interests are non-communicable diseases (NCD), nutrition, tobacco, adolescent health and health education. Dr. Prasanna has been active in KMC tobacco cessation activities, both in teaching the tobacco curriculum in the Medical College and in partnership building in the community, extending the KMC network towards prevention and control of tobacco use among young people. At KMC, he is involved in capacity building of medical undergraduates, postgraduate students, PhD scholars and faculty.

Dr. Prasanna has published over 100 articles in various national & international journals and is involved in two WHO collaboration Cochrane Reviews. He is also a Principal Investigator of externally-funded research projects in the field of Non-Communicable Diseases and has received the Asian Collaboration for Excellence in Non-Communicable Diseases (ASCEND) scholarship from Monash University, Australia. 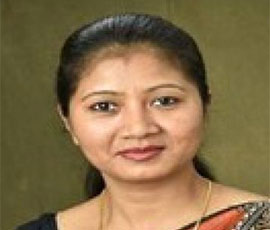 Dr. Rekha T. is a Professor herself, Dr Rekha has special interest in infectious disease epidemiology, occupational health, and maternal and child health. She has published widely in both national and international journals. She served as the Principal Investigator on an evaluation project focused on occupational health safety funded by the University of Alabama, Birmingham (USA) and the National Institutes of Health (NIH). Dr. Rekha is currently working on an Indian Council of Medical Research (ICMR) funded project on developing a descriptive epidemiology of childhood injuries in India and a Public Health Foundation of India (PFHI) funded intervention study on paternal involvement in child feeding. 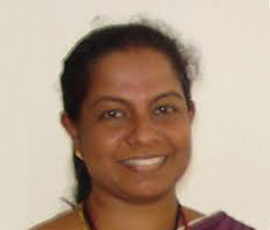 Dr. Sairu Philip, MD is the Vice Principal, Professor and Head of the Department of Community Medicine at the Government T.D. Medical College in Alappuzha, Kerala, where she coordinated the introduction and development of the tobacco curriculum for medical students. She was also active in the smoke free homes intervention in her region of Kerala, and served as an actor in two of the QTI educational videos where she demonstrates how to counsel patients in quitting tobacco, and how to utilize analogies for educational purposes to enhance understanding of the harms of tobacco. Dr. Sairu is passionate about bringing innovative changes to medical curriculum, and has been honoured as the Kerala State Best Doctor Award in Medical Education in addition to several other prestigious awards. In 2019, she became a Bernard Lown Scholar in Cardiovascular Health through the Harvard T.H. Chan School of Public Health.